How to improve process efficiency and economy in peptide production

Peptides are a unique class of pharmaceutical compounds with distinct biochemical and therapeutic properties that fill the molecular space between small drug molecules and proteins such as antibodies. As therapeutic agents, they have high activity per unit mass, great chemical and biological diversity, and low toxicity. They also have lower production complexity and cost compared to protein-based drugs.

Many peptides are natural signaling molecules for many physiological functions, which means that peptides offer the promise of therapeutic intervention by mimicking natural pathways, and can be ‘replacement therapies’ that add back or supplement peptide hormones when endogenous levels are inadequate or absent.

A classic example is insulin used to treat diabetes, while another peptide, glucagon-like peptide 1 (GLP-1), has shown its value in treating metabolic syndrome, leading to massive efforts in academic research and also pharma to map out its function and metabolism.

The application of peptide therapeutics is broader than metabolic diseases and includes oncology, cardiovascular and infectious diseases, pain and hematology. As a result of these developments, by 2017 over 60 peptide drugs had been approved in the United States, Europe, and Japan, with over 150 in active clinical development, and an additional 260 under test in human clinical trials [1]. 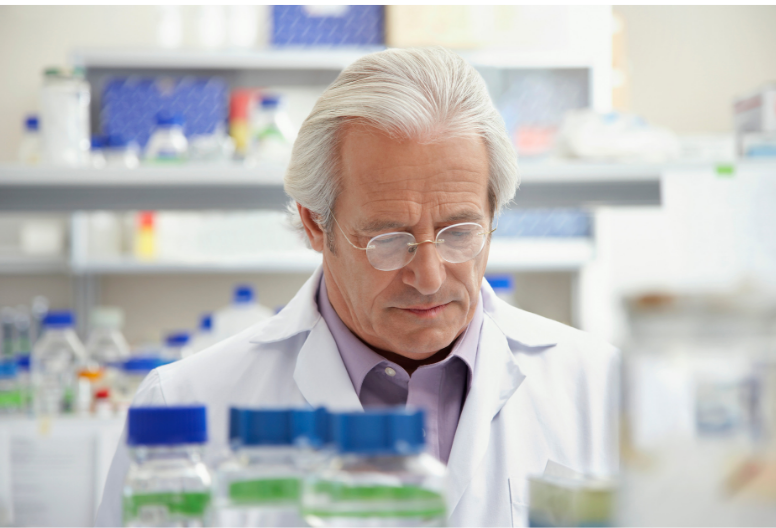 Removing the limit of length

In the 1980s, nearly all peptides entering clinical development were shorter than 10 amino acids[3]. Average peptide length has increased since, largely due to improvements in peptide synthesis and manufacturing technology. Development candidates are now in the 10–40 amino acid range, including the 30/31 amino acid-long GLP-1, while the recent development of multi-functional peptide conjugates[2] is greatly extending this range. In comparison, insulin has two chains of 21 and 30 amino acids generated from a single recombinant precursor, proinsulin with 86 amino acids.

Recent developments in peptide production have meant that methods can be chosen to suit the length and nature of the peptide, including chemical synthesis by solid-phase peptide synthesis (SPPS), enzymatic synthesis and condensation of shorter sequences, and recombinant DNA biotechnology.

Peptide synthesis offers the possibility of incorporating unnatural amino acids and pseudo-peptide bonds make chemical synthesis a method of choice in many cases. These developments mean that length is no longer regarded as a serious limitation for peptide drug development providing purification methods are in place.

A key challenge, however, is developing peptide purification techniques to meet the purity requirements for the active pharmaceutical ingredient (API). The safety of a drug product depends not only on the toxicological properties of the API, but also on the toxicological properties of its impurities, which has increased the need for purity profiling [3, 4], and process understanding regarding the ability of the purification process to purge the impurities.

RPC is the method of choice for peptide purification and the impurities that need to be removed depend on the manufacturing method. The challenge in the synthesis of peptides over 50 amino acids is to overcome the enormous cumulative effect of failed sequences caused by, for example, deletion, insertion or truncation, and peptide aggregation.

Peptides generated by recombinant techniques, on the other hand, have a significant bioburden of host-cell proteins (HCPs), lipids and nucleic acids, plus viral and endotoxin load, which must be removed to achieve the required API purity. These impurities also increase the risk of column fouling that reduces column lifetime.

Addressing the downsides of cleaning-in-place

The standard way of addressing chromatography columns exposed to bioburden is cleaning-in-place (CIP), which is time-consuming and maximizing the number of cycles that a column can be used means developing a cleaning procedure that efficiently removes fouling without harming the chromatography resin.

Sodium hydroxide is effective in removing proteins and nucleic acids, and also inactivates most microbes and endotoxins, making it the gold standard for CIP of chromatography resins. But the expensive high-performance silica-based RPC columns used to purify peptides generated by recombinant expression are very sensitive to exposure to the solution of 0.01 M sodium hydroxide (pH 12) that is commonly recommended, and this greatly reduces the column life time.

Adding an upstream step is a good choice when faced with a highly impure feed, whether it is caused by failed synthetic sequences or bioburden. In the case of a synthetic feed, purity can be increased by adding an orthogonal separation method, while in the case of bioburden, adding an upstream step with a CIP-tolerant resin will greatly improve the long-term column capacity of the RPC column. Both are possible by introducing an ion exchange chromatography (IEX) step upstream of the high-performance silica-based RPC column.

What IEX resins are used for peptide purification and does it make any difference to yield, purity and process time?

Modern IEX media are based on polymers such as methacrylate and polystyrene, or agarose-based matrices. Choosing the best IEX resin for purification of peptides before RPC involves assessing a number of factors:

That the choice of resin can have a marked effect on yield and purity is clearly illustrated by an independent evaluation of resins performed by a leading manufacturer of therapeutic peptides.

Their conclusion was that WorkBeadsTM 40S from Bio-Works delivered the best combination of purity and yield.

You can find out more about the purification of peptides using cation exchange chromatography by downloading our Application Note.

Posted by The Bio-Works Team

The Bio-Works staff are seasoned and enthusiastic (yes, even a bit nerdy) experts in purification resins, methods and strategies with many years of experience of the ins and outs of this field. We love our job and we’d love to help you do yours by sharing some good solid facts, principles and best practice. In short – “purification made simple”.