The environmental impact of pharmaceutical R&D and production is considerable. Although the industry is rather conservative and also constrained by regulatory guidelines, there is increasing interest in the implementation of sustainable practices that not only improve corporate social responsibility (CSR) performance but also reduce costs and increase efficiency. This effort is embodied in the concept of Green Chemistry and includes reducing the use of toxic solvents in production and purification, which is a considerable problem. Solutions include recycling and the use of upstream protective columns that remove bioburden to increase the life-cycle of columns used downstream, or even make certain solvent-consuming steps redundant altogether.

The environmental impact of pharma

Pharmaceutical manufacturing generates more waste and by-products than oil refining and the production of bulk or fine chemicals[1]. Even though it should be remembered that the pharma industry does provide products at a far higher purity and in lower amounts than these other industries, the contrast between health-bringing drugs and the negative impact of their manufacture (and also effects on the environment through pollution) is striking. This insight has powered a drive by R&D chemists and pharma process chemists to minimize the environmental impact of their work – a movement that has been formulated in the concept of Green Chemistry. 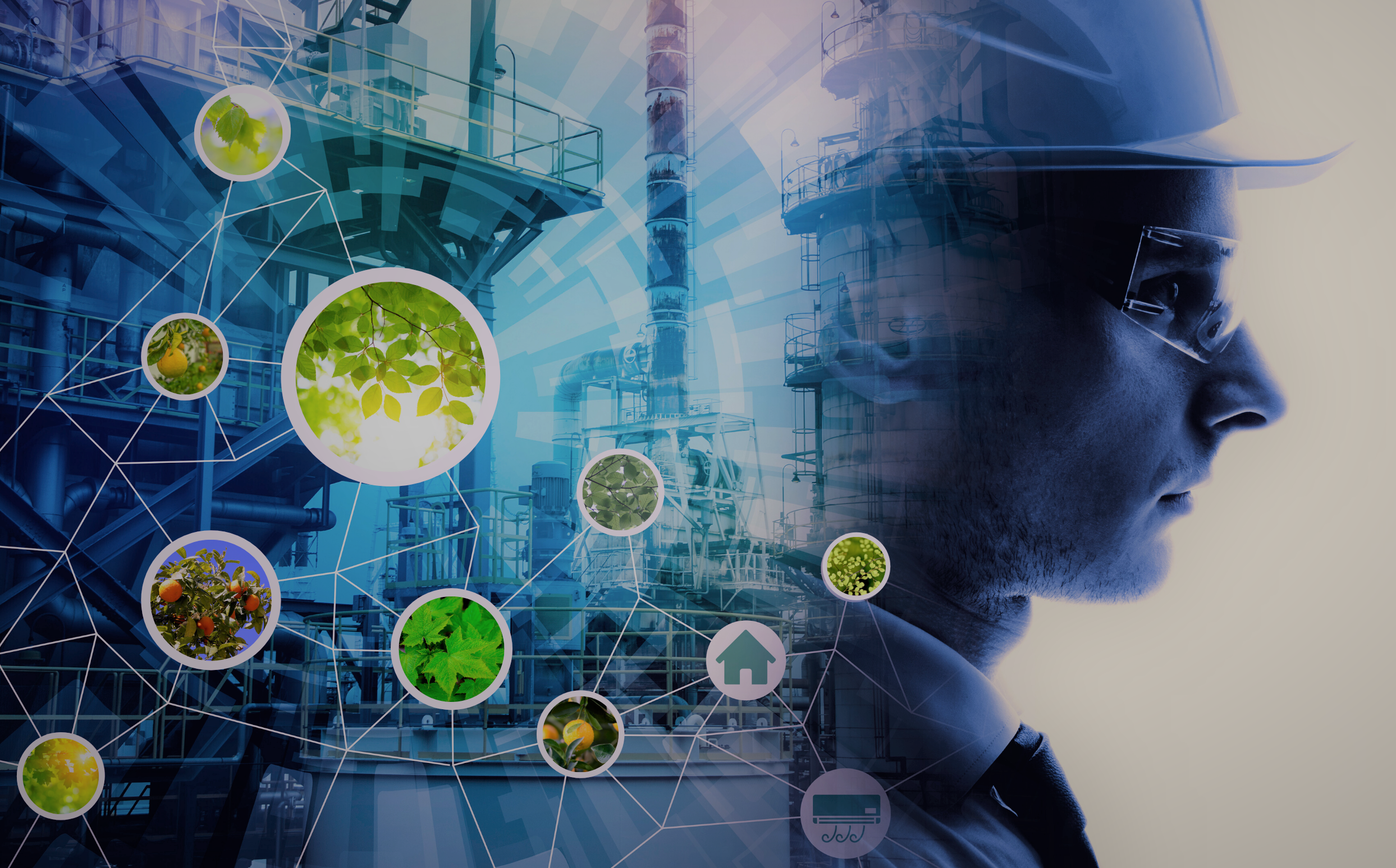 The growth of green chemistry

‘Green chemistry’ was probably first used in the title of a scientific paper in 1990, but it was Paul Anastas and his colleagues who really developed the philosophy[2]. Green Chemistry involves using chemical skills and knowledge to reduce or eliminate the use or generation of hazardous substances during the planning, manufacturing and application of chemicals in order to minimize threats to the health of operators and the environment[3]. This approach was crystallized in the 12 principles of Green Chemistry that are still in use today with the aim of minimizing environmental and occupational hazards. These principles include minimizing or avoiding the use of toxic solvents in chemical processes and analyses, as well as avoiding the generation of wastes. They also include implementing environmentally favorable actions from the planning of the product to its synthesis, processing, analysis and its destination after use[3,4].

The benefits of Green Chemistry in the pharma industry

Green chemistry has been championed by many organizations, such as the American Chemical Society and pharmaceutical companies. A survey across the pharmaceutical industry shows that the successful implementation of green chemistry depends on commitment from senior management, and demonstrable cost savings, and also external drivers, such as the ability to meet regulatory requirements[5]:

Green chemistry cuts costs – It has been estimated that green chemistry can save the industry an estimated USD 65.5 billion by 2020[6] primarily by lowering manufacturing costs through reduced waste and consumption of resources. Other spin-off effects that can improve the bottom line include reduced litigation, regulatory and social risks.

Green chemistry is generally a good regulatory fit – In the US, the Environmental Protection Agency (EPA) has been active in policy making and legislation that promotes green chemistry, while in the European Union, the European Council and the European Parliament adopted a European Chemicals Legislation in 2007, REACH (Registration, Evaluation, Authorization and Restriction of Chemicals), to safeguard human health and the environment. The REACH legislation holds companies accountable for the management of hazards and potential risks of substances that they manufacture or import. Regulatory alignment, however, does disrupt advances in the implementation of new green chemistry due to the demand for re-certification when changes are made e.g. ‘atom-efficient routes’.

Green chemistry is in line with CSR – Driven by the realization that implementing green chemistry gives competitive advantage many large pharmaceutical companies have moved to using green-chemistry practices for drug discovery, development and manufacturing. Companies include Amgen, the Merck Group, Abbott, Johnson & Johnson and Roche. Ranking systems such as the Dow Jones Sustainability Indices and the Pacific Sustainability Index track how well firms are doing[7]. 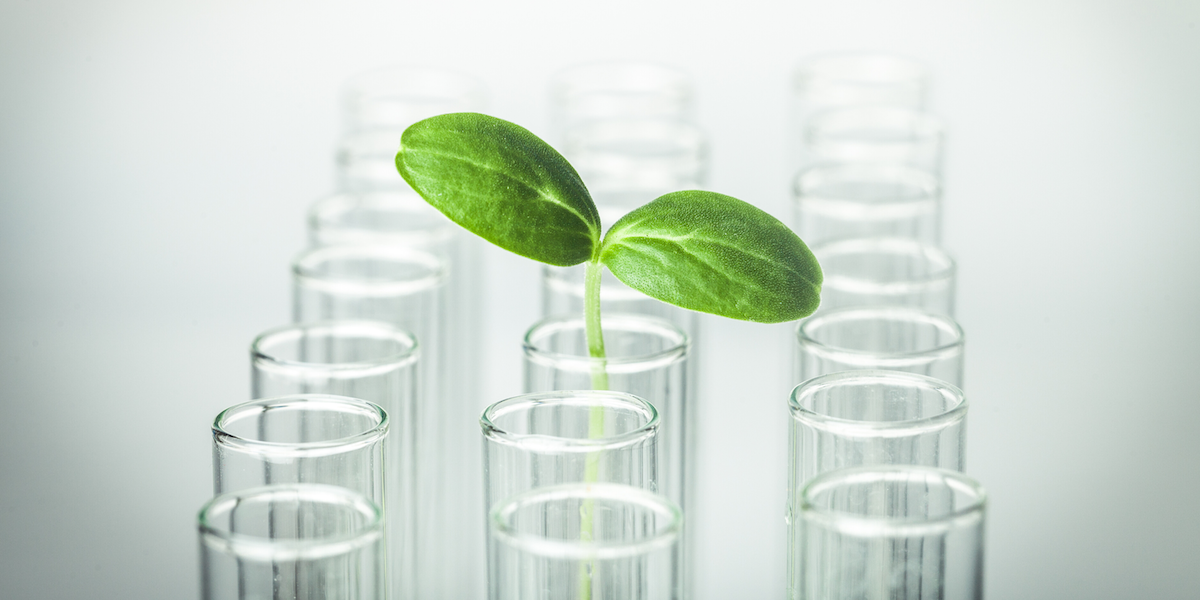 A number of technological developments are accelerating the implementation of green chemistry in pharma[5]. These include: catalysis that minimizes waste streams, and shortens cycle times; flow chemistry, which improves reaction mechanics and rates of heat and mass transfer compared to conventional batch reactors; and time-saving parallel reaction screening. Improvements in the sustainability of pharmaceutical production can also come from somewhat unexpected directions. For example, a long term life-cycle assessment by GE Healthcare on the production of monoclonal antibodies came to the conclusion that overall, single-use process technology has often less of an environmental impact than traditional processes based on stainless steel columns[8]. And as we will see, massive improvements in the use of solvents together with chromatographic purification are yielding major benefits.

The 12 principles of Green Chemistry include, ‘Use of safer solvents and auxiliaries’, and solvent use is indeed a major problem in synthesis and purification. One example is a life cycle study by GlaxoSmithKline (GSK) of waste produced from their Active Pharmaceutical Ingredient (API) manufacturing facilities that estimated that 80% of their waste is solvent-related[9,10]. Another example is peptide synthesis, which can generate 3000-15000 kg of waste in the production of just 1 kg of product[11]. Solvents account for 50 – 80% of the mass in a standard batch chemical operation, depending on whether water is included or not. Added to that, solvents account for about 75% of the cumulative life cycle environmental impacts of a standard batch chemical operation. Recycling and correct disposal of solvents has therefore become a major and costly issue. 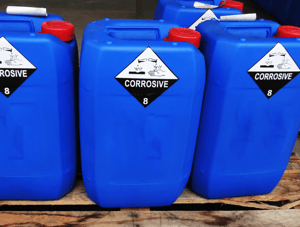 Solvents are classed by the Center for Drug Evaluation and Research (CDER) of the USA Food and Drug Administration (FDA) based on patient safety and environmental considerations. While Class I solvents are highly undesired based on unacceptable toxicity or environmental impact, Class II solvents are most commonly organic solvents, such as acetonitrile and methanol, and low toxicity Class III solvents include acetone and ethanol, ethyl acetate. The need to avoid hazardous solvents has led to the development of tools for solvent selection by, for example, the American Chemical Society.

The drive to reduce toxic solvent use in chromatography

Solvents are not only a problem in the manufacture of drug substances but also as vital components in purification. As an example, let’s use reversed-phase chromatography (RPC), which has become enormously popular due to its ability to handle compounds of a diverse polarity and molecular mass.

The solvent of choice for RPC is often acetonitrile, due to its low chemical reactivity, high miscibility with water mixtures, low viscosity and low ultraviolet cut-off. Unfortunately acetonitrile is classified as a hazardous solvent (Class II). Alternatives include methanol (also Class II), isopropanol and acetone (both Class III), but these have a number of disadvantages, including increased backpressure, UV absorbance, reactivity with key molecules to be purified, costs, stability in mixtures, and availability. It should be noted that the acetonitrile crisis in 2009 (see below) stimulated many to switch to isopropanol or methanol as the shortage became more acute – but this is hardly possible in a regulatory pharma production setting. There are approved large-scale processes for the purification of peptide APIs that involve the use of ethanol for high-performance liquid chromatography (HPLC) purification. In addition, the recycling of acetonitrile is an established method that is accepted by the FDA[12].

The choice of solvent is also complicated by another aspect – the environmental impact of solvent production. For example, a large proportion of acetonitrile is a byproduct of acrylonitrile production, which is used in industrial resins and plastics, and there was an acetonitrile crisis in 2009 thanks to a production shut down by a major supplier, China. This was one step in improving Beijing’s air quality for the Olympics, which indicates the environmental impact of this solvent production. Acetone in turn is produced directly or indirectly from propylene, which is a byproduct of oil refining and natural gas processing, while methanol is produced from carbon monoxide and hydrogen (which are derived from oil, coal or, increasingly, biomass) reacted over a catalyst.

Continuing with RPC as an example, and given that it can be difficult to change the solvent used, we have to consider other ways of improving the sustainability of the chromatographic process in candidate screening, process development and production. One important factor is the trend towards introducing upstream columns that reduce the bioburden on downstream columns that are expensive and difficult to clean – for example silica-based RPC columns that are sensitive to the sodium hydroxide used for cleaning in place (CIP). You can also read about another example by which valuable protein A columns can be protected. Such protective columns can also provide an orthogonal separation method, such as ion exchange chromatography (IEX), that enhances purification. Introducing these protective columns has therefore two key advantages that improve both the efficiency and the sustainability of the chromatography:

For example, a protective IEX step could remove contaminants to enable the elimination of one RPC step in a 2-step RPC process, or to protect an expensive RPC or affinity column that is sensitive to CIP. You can find an example of this and more details in our article on how to improve process efficiency in peptide production.

It is innovative approaches such as these that help drive the effort to make pharmaceutical R&D and manufacturing as sustainable as possible.