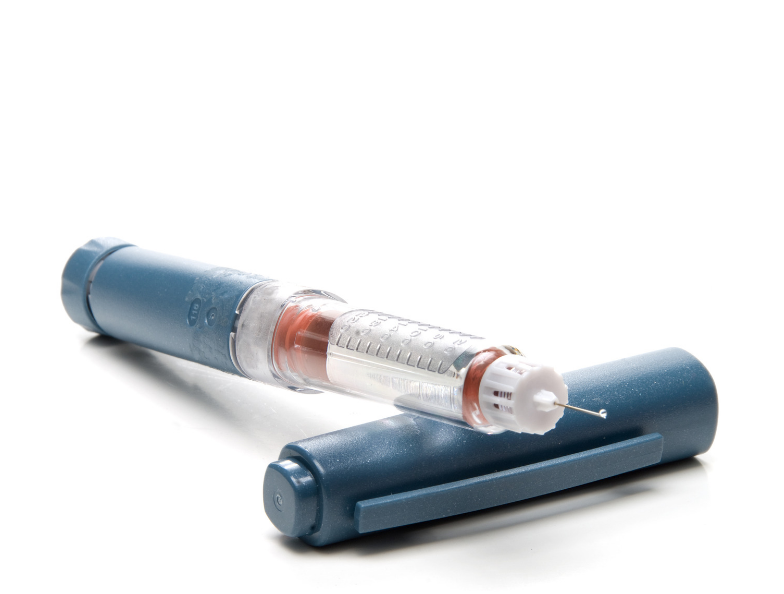 The global diabetes pandemic has created a massive demand for insulin, especially in China, which is expected to soon have half the world’s diabetes patients. Meeting this demand means developing extremely efficient production methods that can supply affordable insulin with high purity. A promising approach is to add an orthogonal step upstream the main reverse-phase chromatography (RPC) peptide purification to increase purity and also guard the expensive high-performance RPC columns from bioburden and stringent cleaning-in-place procedures.

Diabetes – the growing pandemic puts insulin supply to the test

The aging population and dramatic changes in the lifestyle of many countries have meant that diabetes has become a pandemic in the past decade, with one in eleven adults suffering from diabetes. This represents 425 million patients globally and an incidence rate as high as 8.8%. It has been estimated that 629 million people worldwide will suffer from diabetes by 2045 [1].

Diabetes is a lifelong illness that means the body is unable to regulate blood sugar and requires complex and delicate management to minimize long-term complications. Type 1 diabetes is not preventable and requires insulin injections. Type 2 diabetes can be prevented and reversed through changes in lifestyle, although insulin injection may be necessary for some Type 2 diabetes that cannot be controlled by oral medicine only. Type 2 diabetes accounts for 90–95% of cases worldwide and rates have risen rapidly, driven largely by lifestyle factors including growing obesity rates. Poorly managed diabetes can lead to serious complications and only about 6% of patients will live free of diabetes-related complications. One key factor in the management of diabetes is access to insulin and only one in two people with Type 2 diabetes have access to the insulin they need.

China: the #1 market for insulin

It has been estimated that 114 million Chinese had diabetes in 2017 [2], making China rank number 1 in the world. A recent survey estimated the prevalence of Type 1 diabetes in China at about 1.01 incidence per 100 000 yearly[(3]. The number of patients is estimated to increase to over 300 million by 2045, representing approximately 50% of the global patient base[4]. The country’s diabetes market is therefore increasing rapidly and is predicted to be over $6 billion in 2022. The aging population and hastened medical reforms aimed to expand treatment to a huge patient population with unmet needs means that China will therefore become a major arena in the fight to supply insulin to treat diabetes.

Availability and affordability: breaking the market domination with local production

A recent study of the price, availability and affordability of insulin products in Western China[5] found that insulin products were available in public general hospitals and private retail pharmacies, but high prices meant they were unaffordable to many diabetes patients, especially low-income patients. The authors concluded that, “the government should increase insurance compensation for those who need these life-saving medicines or decrease the cost of insulin products through negotiation with suppliers.”

So, why is insulin, one of the first ‘wonder drugs’ of the 20th Century, still prohibitively expensive 100 years after its introduction as a life-saving drug? One reason is that three multinational companies – Novo Nordisk, Eli Lilly and Company, and Sanofi – dominate the $21bn global insulin market. In their analysis of the costs of insulin production, Gotham and colleagues[6] pointed out that, “As insulin analogues replace regular human insulin (RHI) globally, their relative prices will become increasingly important. Three originator companies control 96% of the global insulin market, and few biosimilar insulins are available. Given a robust, competitive biosimilars market, it may be possible to profitably manufacture biosimilar insulins at prices of US$72 per year or less for human insulin and US$133 per year or less for insulin analogues. In order for this to happen, multiple competitors would likely need to enter the market.” Continuously falling API prices and increased demand for insulin is powering a major increase in efforts to produce highly competitive insulin in China.

The drive to build local insulin production in China

The major domestic players in China include Dongbro Pharmaceutical, Chongqing Fujin Biology Medical Company, Gan & Lee Pharmaceuticals, The United Laboratories, Hisun Pharma, Chiatai Tianqing, Yichang HEC Changjing Pharmaceutical, Wanbang Medical Company, and HTBT[4]. Chongqing Fujin and Hisun Pharma are leading with ongoing Phase III clinical trials, while Gan & Lee Pharmaceuticals, Wanbang, and The United Laboratories are conducting bioequivalent tests. The primary focus is human insulin and its long-acting formulation, although there is a move towards R&D of insulin analogs (lispro, glargine, and aspart) together with a variety of premixed dosage forms. The effort to break the domination of the big three global players will demand deep understanding of the market, and also high quality products manufactured with built-in process efficiency and economy.

Purity is key for insulin biosimilars

Purified animal-sourced insulin was initially the only type of insulin available to diabetic patients. In 1982, recombinant DNA technology enabled the production of human insulin (Humulin R) for the first time but this product still did not mirror the normal release of insulin. This has been followed by the development of insulin analogs, such as long-acting insulin glargine in 2000, that are aimed to replicate normal insulin patterns, although human insulin products are more affordable than insulin analogs, which may not have cost-effective benefits[7].

At the molecular level, insulin analogs are different from human insulin only in a few amino acids, and the manufacturing process is very similar for both regular human insulin (RHI) and insulin analogues. Recombinant insulin is produced either in yeast (usually Saccharomyces cerevisiae) or Escherichia coli. In yeast, insulin may be engineered as a single-chain protein with a protease cleavage site that separates the insulin A chain from a C-terminally truncated insulin B chain to which a synthetic C-terminal tail is grafted onto insulin by reverse proteolysis.

The production method, including purification and refolding, is common to RHI and insulin analogs, and biosimilar manufacturers have confirmed that for recombinant molecules that have a high level of similarity, it is likely that the inherent cost of upstream processing is very similar. It has been estimated that most of the manufacturing cost (94%) is associated with the recovery and purification of insulin while the remainder (6%) is the fermentation process[7]. This means that being competitive means maximizing the yield of high purity insulin. High purity is particularly important in biosimilars where new manufacturers must show that there are no new or other impurities in the product that they market at a much lower price than the original.

Peptide purification: how to boost quality and yield and beat resin fouling

The standard peptide purification techniques for recombinant human insulin precursors involve reverse phase chromatography (RPC), often including different steps using different buffer systems pH to give complementary selectivity. The purification of recombinant insulin means handling an initial extract with a high bioburden consisting of host-cell proteins, nucleic acids, lipids and endotoxins. This can cause fouling of the expensive RPC columns that is difficult to remove since the option of cleaning-in-place (CIP) using sodium hydroxide is limited for these silica resins.

An effective solution to this problem is to add an orthogonal upstream separation step, for example ion exchange chromatography (IEX), using a column that is resistant to CIP procedures. The benefits of adding such a step have been highlighted by a global insulin manufacturer that added purification by IEX using WorkBeads™ 40S from Bio-Works as an upstream step, which increased the purity of the final product by 3% and boosted production efficiency by 7%. The higher purity meant a higher yield of the active substance in every production cycle and a much-improved final product that would increase profits by many millions of dollars. This became a strong motivator for the customer to incorporate WorkBeads 40S into regular production. It is improvements to process efficiency and economy like this that will be critical to meeting the escalating need for affordable insulin.

You can find out more by downloading our Application Note

Posted by The Bio-Works Team

The Bio-Works staff are seasoned and enthusiastic (yes, even a bit nerdy) experts in purification resins, methods and strategies with many years of experience of the ins and outs of this field. We love our job and we’d love to help you do yours by sharing some good solid facts, principles and best practice. In short – “purification made simple”.